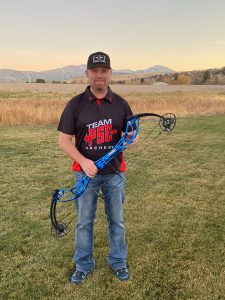 Tucson, AZ – Precision Shooting Equipment (PSE Archery), the world’s leader in archery equipment, is pleased to announce the signing of rising archery star Logan Wilde to their pro staff. Shooting archery since the age of 16, Wilde has held multiple professional positions in the archery industry and has racked up an impressive list of 1st place accomplishments in both national and international archery tournaments, including the Arizona Cup, Iowa Pro-Am, Texas Shootout, and a selection of World Cup events.

“We couldn’t be more excited to have Logan Wilde joining Team PSE,” stated Pete Shepley, founder of PSE Archery. “It’s up-and-coming shooters like Logan who keep our sport exciting and relevant, and adding a talent like Logan’s to the PSE roster is a real win.”

In addition to Logan Wilde, PSE is pleased to announce the addition of esteemed archer – and father to Logan – Dee Wilde to the PSE team. Dee is a multiple-time NFAA champion and one-time USA Archery Coach of the Year who currently competes at the Senior level. According to Logan, it’s the family atmosphere at PSE that inspired members of his family to sign with the company.

“We’re an archery family, and it’s that family atmosphere that led us to PSE,” stated Wilde. “Once we shot the equipment, it was a done deal. The latest generation of PSE bows shoots better than anything I’ve shot in my career.”