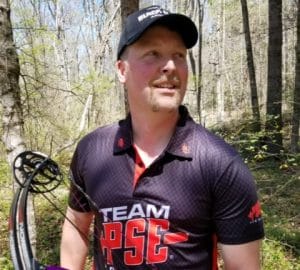 Jack started shooting archery when he was 7 years old with the help of his dad. He loved the unknown 3D archery game and how it helped prepare him for hunting situations, teaching him how to calm his nerves and take a steady shot. Jack continued to excel, so he turned Open Pro in 1995 and hit the 3D circuit. One year later he won his first ASA tournament in the Pro division. Jack has won every major national, world, and shooter of the year title 3D archery currently offers.

When not shooting and competing, Jack loves teaching and coaching. He is a USA Archery Certified coach and has helped numerous students in several different classes earn national and world archery titles.
When the 3D season is over, you can usually find Jack in the outdoors chasing big game with his bow and arrow. He has taken several Pope & Young class animals including deer, bear, elk, and antelope.